Google is one of the tech companies that has made a tremendous impact on the world. Now over 20 years old, the search engine giant continues to reshape how information is collected and found online.

We can go on for ages about how Google essentially paved the way for an entire industry to unlock a range of opportunities, from organic search engine optimization services to pay-per-click marketing.

But to fully appreciate its impact, it’s important to delve a bit deeper into Google’s history and how it emerged from the garage to the Googleplex.

In 1995, the beginnings of what would one day become Google wasn’t even named as such. It was obscurely named as “BackRub” by Larry Page, who was starting a research project for his Stanford graduate degree in computer science.

Page eventually met co-founder Sergey Brin while at Stanford. Together, both of them worked on Page’s research project.

The main idea of the project was a system that could go through the internet and find out the pages that were backlinking to other pages. As it turns out, the original name of Backrub wasn’t randomly chosen. It was describing the ranking algorithm that calculated the number of backlinks within a webpage.

By 1996, Page and Brin developed the PageRank algorithm and launched it on the Stanford network.

A series of breakthroughs 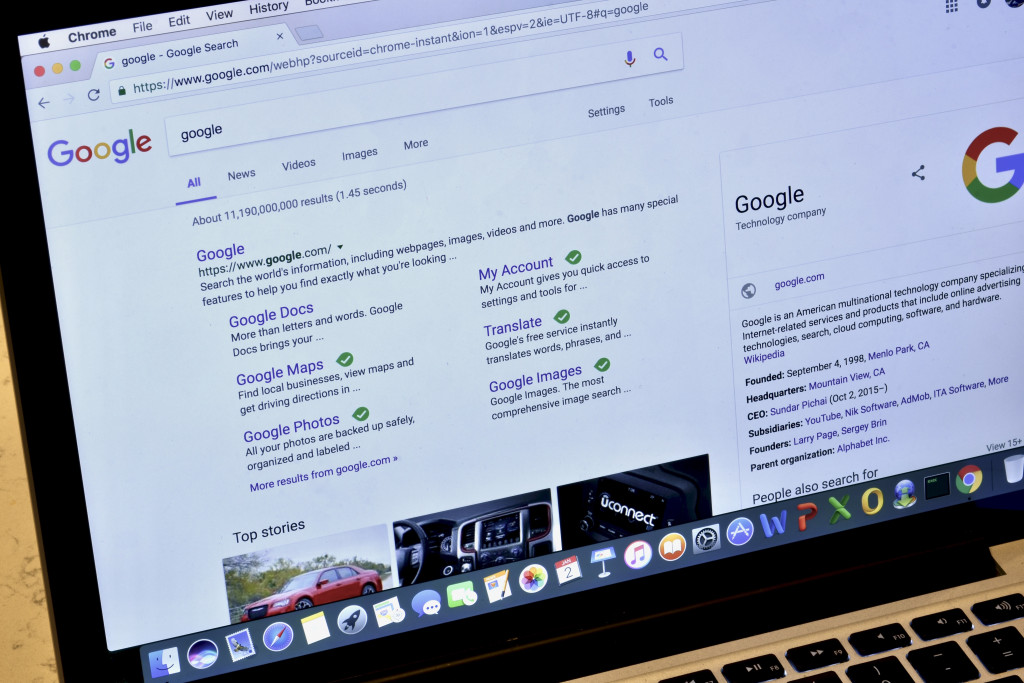 Through PageRank, the two founders discovered that there was a mind-boggling vast number of links that connected webpages. At the time, there was no single search engine that could efficiently crawl and organize all this information. The duo decided to take on the challenge.

In 1998, after acquiring $100,000 in funding from Sun Microsystems, they renamed their fledgling company like Google. Soon after, they unveiled the company’s mission: “to organize the world’s information and make it universally accessible and useful.”

From that point on, Google experienced several breakthroughs. Page and Brin began recruiting new people for their team. They acquired engineers, sales and marketing professionals, and project managers.

In 2002, the company introduced AdWords, the pay-per-click advertising platform that would generate a ton of revenue. That was also the year it launched Google News, which would change the way digital media was consumed online.

In April 2004, Google launched Gmail, and although it only had one gigabyte of storage, it challenged the existing email platforms at the time. Then later that year, Google went public at $85 per share. Its initial valuation was a staggering $27 billion.

By the end of the early 2000s, Google established itself as a formidable force in online advertising. Moreover, the introduction of Google Maps, Google Chrome, and an array of other innovative products solidified the company’s reputation as the number one tech company in the world.

Fast forward to 2020, what lies ahead for the company in the next decade or so? It’s likely that Google’s next big challenge is sustaining its ever-growing influence and dominance.

And with the recent anti-trust inquiries initiated by the US congress, the company will be exerting a lot of effort to convince everyone — from policymakers to average users — that it is ultimately a force for good.