It is an understatement to say that blockchain is changing the internet as we know it. It is revolutionizing everything we know about data and the internet. It taps into the inherent secrets that seem to be almost arcane in nature. It is creating a market big enough to disrupt an industry entirely. Blockchain is the way to the future and beyond.
Everyone, may it be the government or private sectors, are spending their money on blockchain. The market received $1.5 billion worth of investments in 2018. This investment increased to $4.1 billion in 2020 and is expected to grow to $15.9 billion in 2023. This shows that the technology is nowhere near declining and that everyone has their money on it. It is easily one of the most sought-after technologies globally, and its strengths are out there for us to see. Nevertheless, what is so attractive about blockchain exactly?

Blockchain is capable of transferring data at lightspeed. Believe it or not, that is just an understatement of what it can do. Technology has given us the ability to transfer data on the internet at speeds we have never imagined ever before. Additionally, it is capable of watching over data so those managing it can react in real time.
The data uploaded through the use of blockchain technology are easily traceable. It can trace data when it comes to history, location, and application. This means that any data transferred or uploaded through blockchain is monitored heavily. Any chain of events after the file’s transfer can also be tracked, meaning that anyone who can access the file can be monitored. This makes data management easier across all those that use this particular technology.
The application of real-time analysis in blockchain is also one of the greatest things about the technology. Any data that is transferred or uploaded through blockchain is transparent. This means that whatever is happening with the data, you will be the first to know. You will know its vulnerabilities, irregularities, and changes in real-time. So if something happens to the data in the middle of the night or if someone changes its accessibility, you will know directly.
With blockchain, you will never worry about backlogs or problems with data transfer. The only problem you will have is what to do with the free-time technology has done for you and your company.

From what was explained earlier, you can already see what blockchain technology can do when it comes to security. Blockchain’s inherent properties can offer limitless security functions. It is a secure way to transfer and share data without the fear of a third-party stealing it from you.
Typically, many government entities in the US have centralized access to various confidential files. This centralized access means that a singular hacker that can bypass one government entity’s security can technically access all the files found within the system. This includes data from citizens who have given their data for the government to use. This sabotages the privacy of every citizen living within the US. However, through blockchain, this problem is removed. 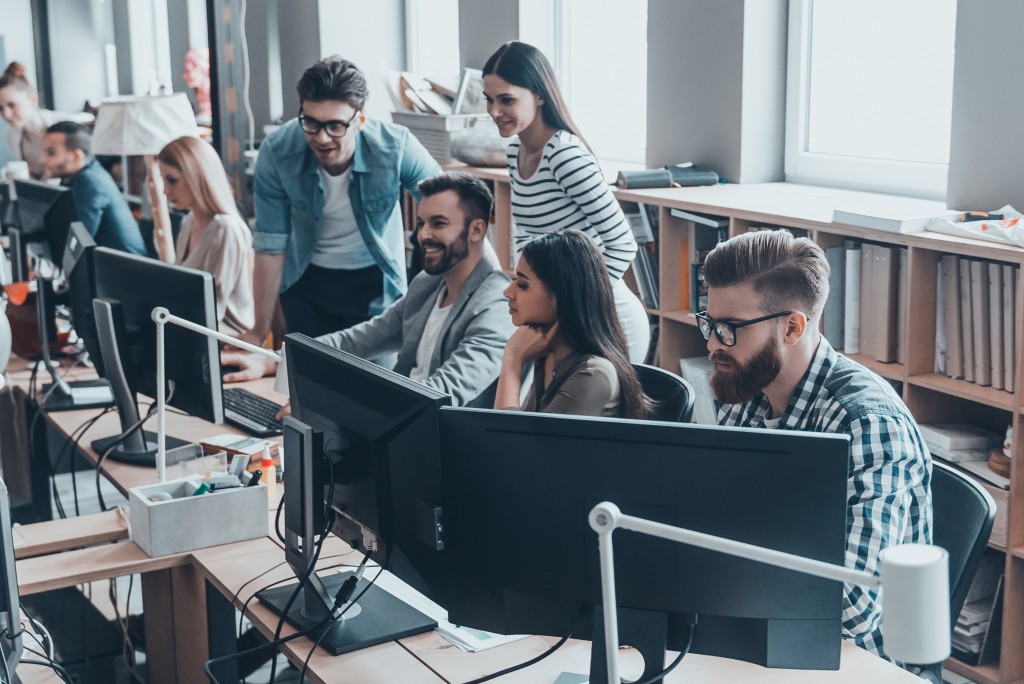 Blockchain relies on the idea of decentralization, which means that not one singular entity has access to all the data within the network. Data is segmented into micro blocks connected in a cryptographic chain, making access to all of the data in the network impossible.
Additionally, transactions done within this data chain are all monitored and transcribed, so anyone tampering with any data from the chain can easily be found. A mechanism also checks any transactions done in the data chain, ensuring that each transaction is correct.
Moreover, since a mechanism is the one to check this process, there is no need for human involvement. This singular inherent function can already increase cyber-security in both the economy and government two-fold.

The US government has a significant problem. The majority of the government departments are using software that dates back fifty years ago. Most of which are already obsolete. Currently, the government is spending a decent amount of cash on maintaining the systems. However, they are also looking for ways to improve the systems, and one of them is through blockchain technology.
The government has been eyeing blockchain technology since its creation a couple of years back. It has been integrated into various government functions such as voting, land registration, and taxation. However, the government fears that many data from legacy systems could disappear and be lost forever by transitioning to blockchain. But that is not the case.
Blockchain technology is known to work with legacy systems and even update their functions. It is capable of seamless transition across many known systems that we work with today. They are great for any entities willing to take a jump from their old system into the blockchain. It is also great for anyone who wants their data transferred in a more secure network without the pain points of data transfer using a legacy system.
Blockchain technology is almost a miracle for most government entities. It has also made great strides in the private sector as well, especially for healthcare institutions. It has helped many industries and sectors, pushing them to new heights they never thought could be reached before.