With more VOD services popping up to challenge Netflix’ supremacy over streaming sites, are any of them worthy of taking the crown?

With over 10,000 TV series and films in its repertoire, you would imagine that Snag Films would have a hefty subscription fee. But nope, it offers its extensive library for the low, low price of free. Yep, you heard that right, zero dollars a month.

But, as with all things, you get what you pay for: a free platform means having to tolerate loads of adverts placed all throughout the site and in the video. But unlike other streaming sites, Snag manages to keep its advert placements sensible, with most ads being as less invasive as possible. In fact, if you’re lucky, you might not see any ad at all.

But it’s biggest downside? Picture quality. While it’s not horrible, a majority of the media that Snag Film has is streamed at lower qualities, with 720p being the highest possible quality a user can go for. It’s not problematic for newer releases, but for older films, it can be a bit of a problem.

Another downside to consider is Snag Films selection. Yes, it DOES have a little over 10,000 films and TV shows in its library, but a lot of these are older and lesser known titles. But the interface is easy enough to use, and it has just enough subgenres to keep even the pickiest viewer entertained.

Despite its flaws, you actually get more than what you pay for with Snag Films. Yes, there are ads, the quality isn’t the best, and the titles you get are pretty much unknowns, but hey, it’s free. Besides, it’s nice to take a break from mainstream TV shows. Who knows, you might even find a hidden gem of a show/film from the indie side.

Flix Premiere might seem a little niche: most of its catalogue are exclusive and/or award-winning films from international film festivals around the world. But trust me, it’s worth the price for some intelligent, mind expanding movies that you won’t find anywhere else.

Netflix users might balk at the limited catalogue – 130 movies last I checked – but their selection is constantly changing, with old movies being taken out and new movies receiving its own opening night, kind of like in the cinema!

Most of the films in Flix Premiere are new, with the oldest being just a couple of years old. While a majority of the movies are in English, there’s no shortage of international titles from all over the world. Flix Premiere makes it easier to find specific movies by actor or genre. To complete your viewing, Flix Premiere also offers a free monthly digital magazine that has critical reviews which delve deeper into that month’s film offerings.

As for quality, all films can be streamed in full HD, but this can be adjusted for slower connections.

All in all, Flix Premiere sounds like an artsy Netflix, and you’re right. And honestly, I don’t see anything wrong with that! It’s a small price to pay to be cultured (you can finally discuss Akira Kurosawa or that Polish director your sweater-vest-wearing friends like!).

As the name suggests, the BFI Player is a VOD service that exclusively streams films from the British Film Institute, one of the world’s most respected film critics organization that promotes filmmaking and television in the UK. The BFI Player shows a carefully curated selection of UK movies both contemporary and classic, as well as a few arthouse films. 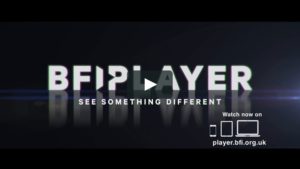 The BFI Player has a monthly subscription that covers exclusives and cult classics, as well as a one-off payment option to rent new films. Meanwhile, their archived films are completely free to watch and boasts of an expansive catalogue.

While the BFI Player does focus on British films, it also puts the spotlight on European releases as well as some international films. Another bonus: respected film critic Mark Kermode delivers his expert observations on the week’s featured film.

All films are streamed on full HD, and it uses adaptive streaming so that people with poor connection can still watch.

The major downside? It’s not available in the US!

Anime fans are no stranger to Crunchyroll, one of the internet’s most popular anime streaming services. Originally a platform for pirated anime series and fan-subbed shows, Crunchyroll went legit with the help of major Japanese entertainment studios. It seems as if the execs over at Japan recognized the value of the site and decided to invest in it rather than spend millions of dollars trying to shut it down. Weird!

Since going legit, Crunchyroll has become the place for otakus all over the web, with the platform providing a very respectable catalogue of Japanese animes including classics like Naruto, Dragonball, Gundam, Bleach, or RurouniKenshin, as well as newer releases like My Hero Academy or even anime films like Your Name.

Crunchyroll is technically free, although the free subscription comes with a lot of awkwardly placed ads. There is, however, an ad-free premium subscription. All the TV shows and films on Crunchyroll are streamed at 1080p, which isn’t a problem considering that most anime shows aren’t made at 4k.

All in all, if you’re a major anime fan, Crunchyroll is the place to be.

Touted as THE Netflix Killer, Amazon Prime Video has been catching up to the streaming giant with its own exclusive releases and even Amazon-produced TV series’ like Jack Ryan and The Man in the High Castle (my personal favorites, you NEED to get on these shows!).

While Netflix still reigns supreme in terms of library size, Amazon Prime isn’t too far behind. As for the consistency of quality of its original content, however, Amazon Prime does lag behind, but again, not by much. With more plans to develop original content for the platform, Amazon is investing heavy-duty money into Prime Video, endangering Netflix’ position at the top.

If they’re going to do that, however, they’re going to have to start with Prime Video’s interface and app support, two things that Prime really lags behind on. Unlike Netflix, Amazon Prime Video’s service is not as user-friendly nor cohesive, and it lacks in terms of identifiability. But if you’re willing to overlook that, it’s a great alternative to Netflix.

And The Winner Is…

IMHO, Netflix is still the heavyweight champ for streaming sites, BUT its competition is nipping at its heels. With more and more VOD services popping up, and with Disney pulling out its catalogue from Netflix to start its own service (Yikes!), Netflix needs to start making major improvements to its service if it wants to reign supreme.

But if you can afford it, why not subscribe to as many as you can? Play the field and replace your cable TV. When’s the last time you watched that thing anyway?