For all intents and purposes, Google has now become ubiquitous with the internet, so much so that, over the past few years, Google has become a verb to mean ‘search the internet’. In any other industry, Google would be considered a monopoly, and as such, would be subject to governmental regulations, steep monitoring, and a fair share of raised, wary eyebrows.

But in reality, Google is not a monopoly, despite all the critics loudly and angrily shouting it from the rooftops, and here’s why:

In business, monopolies are usually constructed or created via unsavory tactics such as anti-competitive practices or even coercion. Google has done none of these things. But how did it corner one of the most lucrative areas of the internet industry?

Simple: they built a superior product.

The internet’s very nature of connectivity means that there is a wide berth for start-up companies to compete with the largest websites on the network. When Google first started, they went up against one of the grand-daddy’s of the tech industry: Microsoft. Throughout its existence, large and established companies like MS and Yahoo! tried very, very hard to establish their dominance in the search engine sector, with products like Bing and Yahoo! gaining an early lead on the fledgling Google. 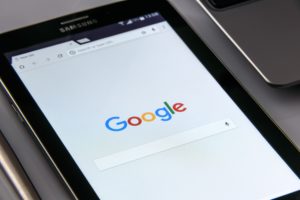 However, in the end, Google beat them. And that’s one of the beauties of the internet, I think, that a start-up can take down monoliths of the industry, like David and Goliath, albeit in this case, this David grows up to become a Goliath himself. I guess you DO live long enough to see yourself become a villain!

This is how Google did it: they invested time and effort in perfecting their paid advertisement department. You see, Google made, and still makes, money off of searches by selling promoted adverts based on ranking search terms. Google made sure that their ads will be different from both traditional advertising and other internet advertising. The difference lie in targeting: Google designed their ads to target users via geography and interest. Advertisers, on the other hand, loved Google’s system because it provides real-time feedback on campaigns, something they would never be able to get with traditional advertising. Google’s paid advertisement scheme gave advertisers an instantaneous report on the effectiveness of their marketing strategy, as well as engagement.

And it became a hit: 20+ years after its introduction, this system is still Google’s main bread-and-butter, earning a majority of its revenue off paid advertisements. In fact, of the $60 billion revenue they earned back in 2015, 90% of that came from paid searches. A year later, in 2015%, Google had acquired 75% of the market share in the search engine industry.

King of the Hill

Despite all the advances we’ve seen happen in and around the internet, the great network of ideas that we all love and in equal measure is still in its infancy. Yes, despite online games and cryptocurrency, many researchers believe that we’re still just scratching the surface of this technology.

With the way things are at the moment, it’s hard to imagine any single company threatening Google’s dominance, but many researchers think that’s not too far off. The only thing that holds Google in its current position as King of Search Engines is the same thing that helped its vanquished foes in the past: billions of dollars.But even then, thanks to the internet, a single coder with enough know-how can theoretically build a search engine that can rival Google. It’s far-fetched but hey, that’s the same thing they said about Google back in ’94. 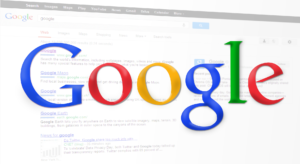 And Google isn’t blind to this idea; in order to maintain its position, it also has to spread its wings. From the early 2000’s to the mid 2010’s, Google was busy reinvesting all of the money they’ve made off searches into other tech ventures. Yes, some of these ventures failed miserably (remember Glass and Plus?), but some of these investments have become hits: Android, Youtube, Gmail, and Chrome have all been widely successful in challenging the current leaders, and indeed becoming leaders, in mobile/desktop operating systems, video streaming, email providers, and internet browsers.

But those are free products. Despite the popularity of those aforementioned services, Google has decided to not monetize them entirely. Instead, Google continues to make its money the old-fashioned internet way: search engine ads. It makes more than enough from its paid search engine adverts to allow it to invest in other ventures to reach its broad, long-term goals.

Google and its old adversaries, Apple and Microsoft, are locked in fierce competition for market share in the OS sector, with Apple’s IOS, Google’s Android, and Microsoft’s Windows all vying for the top spot. In terms of profit revenue, Apple leads the pack, albeit by a slim margin. Microsoft, on the other hand, continues to pour billions of dollars into improving Bing, so as to knock Google off the hill once and for all.

A Monopoly? Not Likely

Many of Google’s critics cite the company’s control of advertising price as a possible reason for dubbing it a monopoly. However, one argument against this is that Google doesn’t determine the price of advertising, the market does. Always has, and always will. 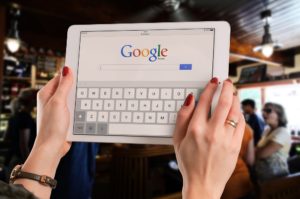 Google is doing what any successful business does: spends its time learning about the demands of the advertising industry and adjusts its product accordingly. It can price its products and services the way it does because it believes its worth it. If an advertiser disagrees, Google doesn’t stop them from going to Bing, or Yahoo, or Ask, or Wolfram Alpha, or any of the search engines currently in the market.

While there aren’t any real laws to help regulate these prices, Google can’t exactly raise its prices discriminately without losing its majority hold on market shares. In short: just because it’s an internet/technology company doesn’t mean it doesn’t follow old-fashioned business acumen.

And following old-fashioned business acumen is exactly how it cornered the search engine market: know what your customers want, create a product that offers them what they want and more, and reinvest your earnings into improving your product.

Google disrupted the industry because it did something the other businesses refused to do: be customer-centric.